Your Voice: The key to detecting illnesses?

In Disney’s The Little Mermaid, the red-haired, spunky protagonist, Ariel, makes a deal with the sea witch, Ursula. In this somewhat, extremely shady deal, Ariel ends up trading her beautiful voice for legs.

What a deal, right?

Well, we all know how that story turns out. But little did young Ariel know that her voice would be such a tool ‘where the people are’.

We use our voices for many things: singing, communicating with our friends and loved ones, road rage, and the list goes on.

Recently, Canary Speech was featured on BBC.com. In the article, they explain what Canary is doing. “Canary Speech is developing a way of analysing conversations using machine learning to test for a number of neurological and cognitive diseases, ranging from Parkinson’s to dementia”

From Alzheimer’s to concussions, Canary’s voice analysis software aims to catch illnesses early, so proper treatment can begin as soon as possible.

So, the next time you use your voice to ask Siri where to go to dinner or say hello to a friend, remember, that same voice can be the key in diagnosing illness.

Good to know the next time a sea witch offers you a deal. You know, just in case. 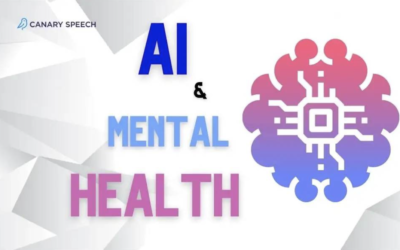 Does Your Mask Affect How You Speak to Alexa?

Speech Recognition: Coming to an app near you